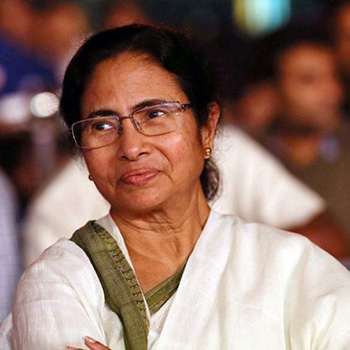 Mamata Banerjee was born on 5 January 1955 in Kolkata (erstwhile Calcutta), West Bengal.She is the ninth Chief Minister of West Bengal, India. She is the first lady to hold the Chief Minister’s office in the state. On 19 May 2016, she became the only women CM to win two consecutive terms.She is a poet, painter, miscellanist and an Indian politician.She popularly referred to as “Didi” (elder sister) in Bengal. In 1997,She had dissociated herself from the Indian National Congress Party and founded the All India Trinamool Congress Party, also known as TMC or AITMC.Previously she also holds the record of being the first woman Railway minister of the nation.She held the post twice and also held Minister of State for Human Resource Development, Minister of Coal, Women and Child Development, and Department of Youth Affairs and Sports in the cabinet of the Indian government.