Uttarakhand Chief Minister
Back to Home 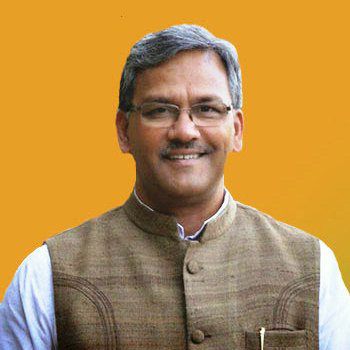 Trivendra Singh Rawat was born on Dec,1960 in uttarakhandstate.he is an indian politician and the present Chief Minister of Uttarakhandstate.He is an indian Politician and furthermore a dynamic member from RashtriyaSwayamsevakSangh in the time of 1979 to 2002.He was the organising secretary of the Uttarakhand. In the State’s first legislative assembly elections in 2002, he was elected from Doiwalaconstituency.He is additionally member of Bharatiya Janata Party and previously he served as the Jharkhand’s in-charge and Uttarakhand cadre’s president.