Uttar Pradesh Governor
Back to Home 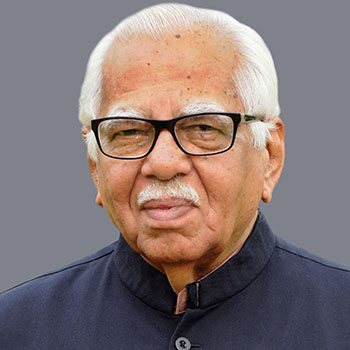 Ram Naik was born in Atpadi in Sangli district of Maharashtra on April 16 1934.He is a veteran Indian politician from the BJP.He is the  present Governor of Uttar Pradesh and also held the additional charge for Governor of Rajasthan from 8th Aug. 2014 to 3rd Sept. 2014. Ram Naik was a member of the Lok Sabha from 1999 to 2004 and also Cabinet Minister of Petroleum & Natural Gas in the Government lead by Shri Atal Bihari Vajpayee from 13th October 1999 to 13th May 2004. Ram Naik is also instrumental in forming “Mumbai Railway Vikas Corporation” as Minister of State for Railways.