Telangana Governor
Back to Home 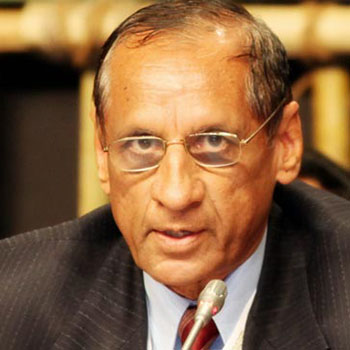 Ekkadu Srinivasan Lakshmi Narasimhan was born in 1945.He is an Indian politician and present governor of the Indian states of Andhra Pradesh and Telangana. He assumed office of the Governor of Andhra Pradesh science December 2009 and Governor of Telangana on 2 June 2014. A retired Indian Police Service officer.He previously served as the Director of the Intelligence Bureau from January 2002 to December 2006. He served as the Governor of Chhattisgarh from 2007 to 2009. Mr. Narasimhan was born in Tamil Nadu and holds a degree in Physics from the University of Madras.