Rajasthan Governor
Back to Home 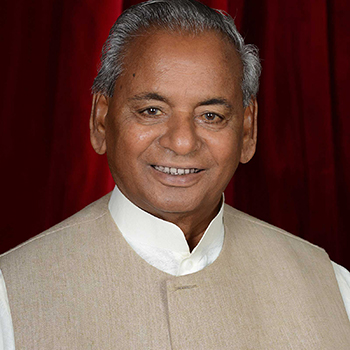 Shri Kalyan Singh was born on 5th January, 1932 in Madholi village,Aligarh(Dist).He is the present Governor of Rajasthan and also took additional charge of Himachal Pradesh from 28 January 2015 to 12 August 2015.Previously he served as Chief Minister of Uttar Pradesh for two times.He is the chief minister of Uttar Pradesh in June 1991. He was elected Member of Legislative Assembly for six times continuously and was also Member of Parliament.