Punjab Chief Minister
Back to Home 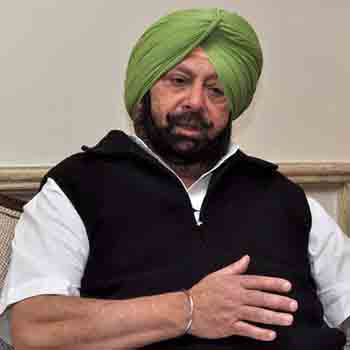 Captain Amarinder Singh was born on 11 March 1942 is also the head of the royal family of Patiala.He is an Indian politician and the current (26th) chief minister of Punjab. Prior to this, he served as chief minister of Punjab from 2002 to 2007.He is the Member of the Legislative Assembly and elected from Patiala, and additionally the president of Punjab Pradesh Congress Committee, the state division of the Indian National Congress. His dad was the last ruler of the past territory of Patiala.He also served for the Indian Army from 1963 to 1966.