Puducherry Chief Minister
Back to Home 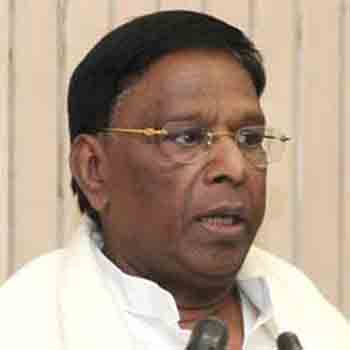 V. Narayanasamy was born in Pondicherry into a humble family in 1947.He is a prominent politician from Indian National Congress party.He is present Chief Minister of the south Indian Union Territory of Puducherry since June 2016. He previously served as Member of Parliament, representing Puducherry in the Lok Sabha. He served as a Minister of State in the Prime Minister’s Office in the Manmohan Singh government. He is a member of the Congress Working Committee as well as All India Congress Committee’s General Secretary