Mizoram Chief Minister
Back to Home 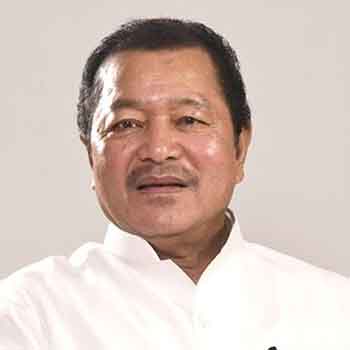 Pu Lalthanhawla was born on May 6, 1942 in Aizawl, Mizoram.He is a member of Indian National Congress Party and the present Chief Minister of Mizoram State. He has held this post from Since December 2008. Previously he was Chief Minister from 1984 to 1986 and from 1989 to 1998 and also Recorder at the office of Inspector of Schools in the District Council and also Assistant at the Assam Co-operative Apex Bank.He is a Chairman of North East Olympic Commission and Founder President of Mizoram Journalists, Mizoram Hockey Association, Mizoram Football Association as well as Mizoram Olympic Association. He successfully contested the general elections nine times, in 1978, 1979, 1984, 1987, 1993, 2003, 2008, and 2013.