Meghalaya Governor
Back to Home 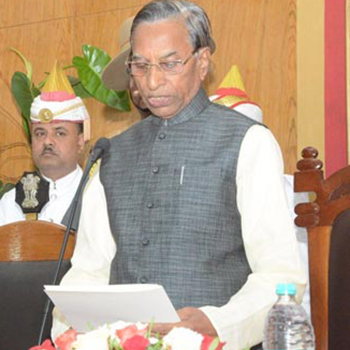 Ganga Prasad was born on July 8, 1937 in the capital city of Patna, Bihar.He is an Indian politician and the present Governor of the state of Meghalaya. He holds a B Com degree and is a senior political leader who has had life-long affiliations with Bharatiya Janata Party (BJP). In the year 1994, he was elected as a Member of Legislative Council (MLC), a position he held till 2012. One of his four sons, Sanjeev Chaurasia, is a BJP MLA from Digha constituency in Patna district. Prasad is also the ‘Pradhan’, or chief, of Arya Samaj in Bihar and the chairman of Dadhichi Dehdaan Samiti, a Patna-based organisation for promoting voluntary organ donation.