Meghalaya Chief Minister
Back to Home 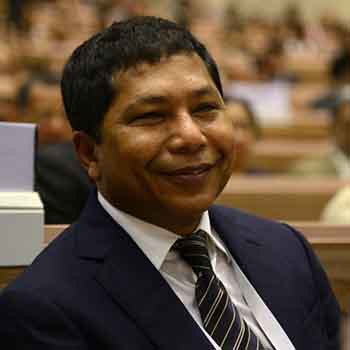 MukulSangma was born on 20th April 1965 at Chengkompara, Ampati, in the West Garo Hills district in Meghalaya. He is an Indian Politician and present Chief Minister of Meghalaya. He is from the Indian National Congress party and was elected from Ampatigre constituency. During his political career, Sangma has held ministerial positions for Home & Education, Taxation and Fisheries. He has also served as the Deputy Chief Minister of Meghalaya and the Chairman of the Meghalaya Transport Corporation.He also served as health and medical officer at the Zikzak Public Health Centre