Manipur Governor
Back to Home 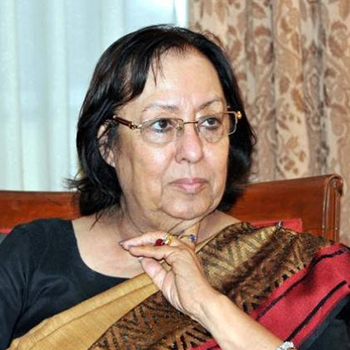 Dr.Najma Akbarali Heptulla was born in Bhopal on April 13, 1940.She is a prominent Indian politician and the present governor of Manipur state and the Chancellor of Jamia Millia Islamia university.She is a former vice-president of the Bharatiya Janata Party (BJP), She has the unique distinction of being elected as Deputy Chairperson of Rajya Sabha five times between 1986 and 2012.She is the only Muslim minister in the Modi cabinet.she also served as the Minister of Minority Affairs from 26 May 2014 – 12 July 2016. She is a second cousin to actor Aamir Khan and grand niece of Maulana Abul Kalam Azad.