Madhya Pradesh Governor
Back to Home 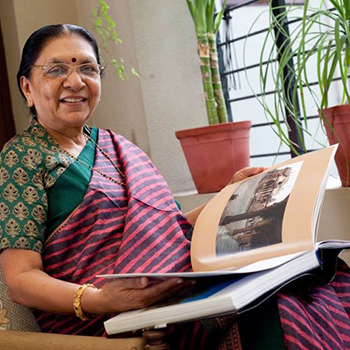 Smt Anandiben Patel was born on 21-11-1941 in Kharod, Mehsana in the state of Gujarat, India.She is an Indian politician belonging to the Bharatiya Janata Party (BJP).She is the present Governor of Madhya Pradesh. She is the former Chief Minister of Gujarat from 22 May 2014 to 7 August 2016. She was the first woman to become the Chief Minister of Gujarat.She is is described as Gujarat’s ‘Iron Lady’. She was the Cabinet Minister for Education from 2002 to 2007.She has held the number of portfolios in the Gujarat state government such as Revenue, Road and Building, Urban Development and Urban Housing and others during 2007 to 2014.