Lakshadweep Governor
Back to Home 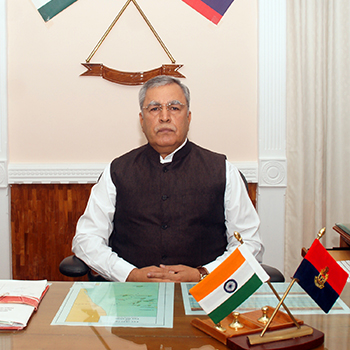 Farooq Khan is the current Administrator of the Indian Union Territory of Lakshadweep. He is also in-charge for BJP Minority Morcha and BJP’s issues in state of Nagaland.He was a former member of Bharatiya Janata Party (BJP).He was the first Muslim from Jammu and Kashmir to get a conspicuous place in the BJP within 15 months of his joining the party.Beforehand he was a Jammu and Kashmir BJP spokesperson.Previously he was a IPS and Inspector General of Police in Jammu and Kashmir.He was the head of the Sher-e-Kashmir Police Academy, Udhampur. He retired as leader of the Sher-e-Kashmir Police Academy Udhampur in the rank of Inspector General of Police.He lead different tasks against militants and was known for sharp strategizing abilities.