Kerala Chief Minister
Back to Home 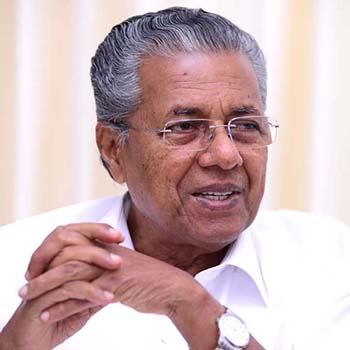 PinarayiVijayanwas born on 24 May, 1945. As per official records, his birthday is on March 21, 1944 in Pinarayi in Kannur district.He is the present Chief Minister of Kerala. He is a politbureau member of the Communist Party of India (Marxist).Previouslyhe served as the secretary of Kerala State Committee of CPI(M) from 1998 to 2015. He has been elected to Kerala Legislative Assembly in 1970, 1977, 1991 and 1996. He has been always in limelight with his cold war with V. S. Achuthanandan since 2006. He also served as the Minister of Electricity and Co-operatives in the Kerala government from 1996 to 1998.