Jharkhand Governor
Back to Home 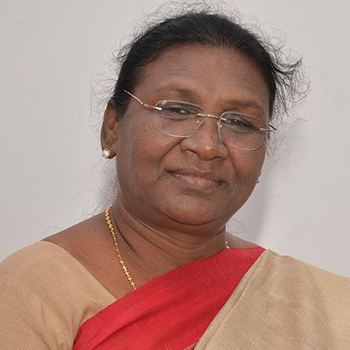 Draupadi Murmu was born on 20 June 1958 in Mayurbhanj district of Odisha.She is an Indian politician and present Governor of Jharkhand. She is the first woman Governor of Jharkhand state. She is the first woman and tribal leader from Odisha to be appointed as a governor in an Indian state. She has had an impressive political and social career spanning almost two decades. She was former Odisha Minister and an MLA from Rairangpur.she was awarded “Nilakantha Award” for the best MLA of the year’s by the Legislative Assembly of Odisha.