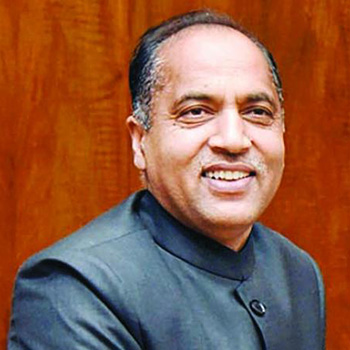 Jai Ram Thakur born in Tandi village of Mandi District in Himachal Pradesh.He is an Indian politician and the Present Chief Minister of Himachal Pradesh. He was the Minister of Rural Development and Panchayati Raj from 2009-2012.He started his political from RSS and became Joint secretary of state AkhilBhartiyaVidhyarthiparishad (ABVP). Later in year 1998 he won his first election. He won from Chachiot constituency in 1998 for first time.He served state as cabinet minister and party at different positions