Haryana Governor
Back to Home 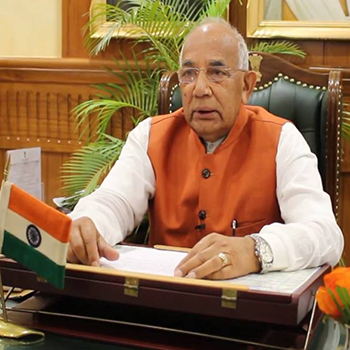 Kaptan Singh Solanki is the present Governor of Haryana state and an Indian politician of the Bharatiya Janata Party. Since August 2009 he is the member of the Parliament of India representing Madhya Pradesh State in Rajya Sabha.He was born on 1 July 1939 in Garhpara, Central Provinces and Berar, British India (now in Madhya Pradesh).