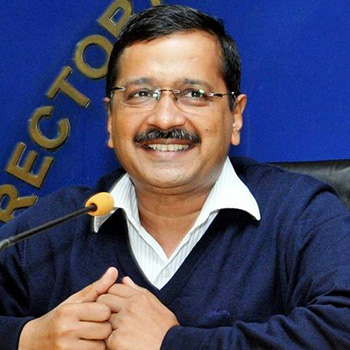 Arvind Kejriwal was born on 16th August 1968 in Haryana, India. He is a former IAS officer and presently an Indian politician who is the CM of Delhi since February 2015. His party (AAP), got a clear majority by winning 67 out of 70 seats in Delhi assembly elections 2015.He is a social activist, political reformer and a former Joint Commissioner in the Income Tax department. In 2011, Kejriwal got associated with activists, including Anna Hazare and Kiran Bedi, and together they formed the India against Corruption (IAC) group.