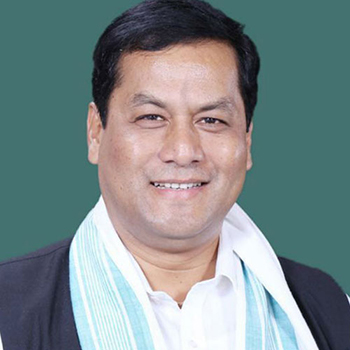 Shri. Sarbananda Sonowal was born on 31 October 1962 in Assam’s Dibrugarh district.He is an Indian politician and Present Chief Minister of Assam. He was elected to the 16th Lok Sabha from the Lakhimpur Lok Sabha constituency in Assam as a member of the Bharatiya Janata Party.Previously he was served as the president for BJP Assam and also a National Executive Member of the party. He was the president of the All Assam Students Union.